Melbournians have been weakening in their dedication to wearing black and are now seeking out vintage and retro clothing in their droves. Despite this rise in popularity over the last three years, I found it quite hard to come across original pieces from 1920s – 1950s. The eras in predominant supply are the 1960s – 1970s, often alongside retro looking contemporary designs.

Australia’s major cities have become synonymous with antique and vintage shopping from Sydney’s kalmarantiques.com.au to Melbourne with its hip vintage hangouts. The most popular vintage destinations in Melbourne are Gertrude Street and Brunswick Street, attracting tourists by their coach loads. However, I recommend a short walk off the well-beaten track to discover that extra special something. Just a few streets away from the madding crowds lies Smith Street, the edgier and by far cooler stretch. This is where you’re likely to see hipster boys sporting twirled moustaches and black rimmed glasses sauntering past girls carrying fire batons with hula hoops casually slung over their shoulders. Sally’s Retro Fashion: Sally’s Retro Fashion was one of the first shops on Smith Street to pioneer vintage, originally opening in 1995 before moving to its current location in 2001. Sally Batey can be found in her compact but perfectly formed shop, sitting under a dusky pink tasselled lamp Sally Bowles would have been proud of. She has seen the waves of vintage interest come and go since living on Smith Street as a student in the 1970s. She chose to locate on this street due to its popularity with “writers, artists and the occasional drifter from Fitzroy”, noting it has always been a “fairly bohemian area”.

With a background in pattern cutting and design, Sally represents “classic lines and cuts” which are indicative of their time. In 2003 she “made a conscious move to stock only original retro and vintage clothes”, with men and womenswear from the 1930s -1970s. She also stocks a wide range of jewellery from Victorian cameo brooches, 1920s art deco necklaces through to 1960s Bakelite bracelets. (203 Smith Street, Fitzroy, VIC 3065 Melbourne) Oonkas Boonkas: Inspired by living in New Orleans for ten years and running the original boutique in the historical French Quarter, Di Harris was drawn to Smith Street on her return to Melbourne for its “eclectic nature”. She re-opened in 2012 to put “the heart of New Orleans into the soul of Smith Street”.

The unusual name was drawn from her first poodle called Oonkas Boonkas. Pointing out the pieces in her boutique, each item comes with a memory wrapped up from her life and travels.

The sky blue walls are hand painted with trailing clouds, and hung with Di’s framed pastel drawings of movie stars such as Marlene Dietrich.

Original keepsakes, vintage homewares and retro jewellery are laid across every inch of surface in colour ranges. The boutique’s guardian, a Sir Lancelot suit of armour, stands alongside turn of the century circus memorabilia, 1930s-1960s collections of poodles, mermaids, butterflies, sultans and genies and a toy clown from the Elvis Presley movie, It Happened at the World’s Fair. (250 Smith Street, Collingwood, VIC 3066, Like Oonkas Boonkas Facebook Page) Vintage Garage: Cousins Marisa Gallagher and Lisa Wilson have been keeping it in the family, launching Vintage Garage together and going from strength to strength ever since. Marisa has “always been obsessed with fashion” before being bitten with the vintage bug to become a successful seller at vintage fairs. Long harbouring a vision to own a shop, this became a reality when the dynamic duo teamed up with entrepreneur Sean Croon to open in 2010.

The shop’s vastness, which reveals more nooks and crannies as you delve deeper, left them “excited by the spatial aspects”. They designed the interior fittings to “feel like one shop…to make it as aesthetically simple and pleasing as possible”. The eye catching cherry red car counter was lovingly restored, its three bullet holes kept intact for added authenticity.

They established the business as a collective of retailers, selecting up to 30 stockists from Australia to be housed under their roof, with men and womenswear ranging from $50 – 250 AUS. Alongside music bands and celebrities looking for “anything a bit unusual or costumey”, their customers span “fashionistas, burlesque dancers, pin up models and 1970s funky chicks”. (318 Smith Street, Collingwood, VIC 3066, Visit Vintage Garage’s website) Friperie: Marthes Harrington describes Friperie’s style as a “little bonjour mixed with a little konichiwa”, sourcing womenswear from Europe and Japan. Built in the 1890s as a bank, Friperie still has the original pillars and scrolled cornices in place. Marthes enhanced the period interiors with antique mirrors on tables and dressing room curtains made from vintage kimono fabrics. She opened on Smith Street five years ago as “there’s a good feeling amongst the shop owners, everyone has their own look and speciality”.

Marthes prides herself on offering “an old fashioned way of shopping”, where customers can take their time to browse, helping them with suggestions. With an emphasis on colour and print, Friperie has built up a loyal customer following across a broad age group, seeking grown up separates that can be mixed and matched to form pretty ensembles. Friperie’s motto is stencilled across its walls, “Preloved, Looking for Love”, and with prices ranging from $25-150 AUS, it offers a slice of lady like chic without the boutique price tags. (337 Smith Street, Fitzroy, VIC 3065 Melbourne) My Delirium: My Delirium has been blazing a psychedelic trail since opening just a mere eight months ago. From its vantage location on Johnston Street, straddling Brunsick Street and Smith Street, Larelle Guardiani is on a mission to bring joy to people’s lives through the uninhibited use of colour.

Influenced by her grandmother running up lime green dresses decked with bows and frills, The Brady Bunch and Barbie styles, Larelle has been “passionate about colour” from a young age, with a finely tuned understanding of how “different colours affect moods”.  She specialises in collecting 1960s – 1970s womenswear, art works and homewares from around the globe, paying close attention to the “colours, palettes and fabrics” of each item. My Delirium is stocked with choice pieces from this impressive personal collection, with vintage designer labels hanging alongside up-and-coming alternative collections. 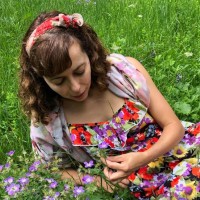