Sustainable, renewable energy has been around for longer than most people imagine. The effect of sunlight on a photovoltaic cell was first realised way back in 1839. But Edmond Becquerel’s discovery would take more than 100 years to be seriously considered as a viable form of electricity production. You might be mistaken in thinking that solar panels fitted to a rooftop are the only way the sun’s power can be harnessed. Yet thanks to innovative technology, solar power is far more versatile.

Advanced solar energy is powering much of the street lighting in some American states. Combined with energy-efficient LED lighting, it provides sustainable, inexpensive illumination. Street lamps with Light-Emitting Diode (LED) technology are fitted with small photovoltaic cells. They absorb sunlight during the day, converting the energy to electricity which is stored in a battery.

Special sensors detect when natural daylight is beginning to fade, which activates the LED light bulbs. This type of lighting is so easy and convenient to install. It can also be used in an awkward or inaccessible location as it doesn’t rely on the grid. However, on cloudy days, the energy absorption can be up to 75% lower than usual. But the system always has a reserve or backup to ensure consistent street lighting is always available.

"Every 24 hours, enough sunlight touches the Earth to provide the energy for the entire planet for 24 years." – Martha Maeda Click To Tweet

Is your neighborhood next to a busy highway? It could be protected from excessive air and noise pollution by specially constructed barriers. These are designed to deflect the sound waves and gases of heavy traffic back into the road. The solar energy currently generated by 3,000 miles of noise barriers provides free electricity to thousands of nearby homes.

Imagine your clothing providing a portable electricity supply. It could recharge smartphones and tablets even if you’re miles from a regular power source. It could also generate heat, providing winter warmth. These innovations are possible through the technologically advanced solar fabric. Miniaturised solar photovoltaic cells in the form of woven yarn are lightweight and flexible. It can easily be incorporated into tee-shirts and coats, and even withstands machine washing.

Additional benefits include using solar fabric to dress your windows. The drapes absorb the sunlight, then at night, release energy back into your home. They provide electricity for heating or appliances. Solar fabric is also being used for exterior awnings. Even the military is investigating the advantages of solar fabric. Tents could absorb electrical energy, powering appliances such as portable stoves and lighting.

"Solar power, wind power, the way forward is to collaborate with nature – it's the only way we are going to get to the other end of the 21st century." – Bjork Click To Tweet

Your home has many more surfaces than just the roof. Many are ideal for harnessing solar power without spoiling the aesthetic appeal of the architecture. Lightweight solar skins with sympathetic patterning can be used to cover structures such as roof tiles. Further advantages of Building Integrated Photovoltaics (BIPV) include thermal insulation, sound-proofing, and lower maintenance costs. They also increase the general energy efficiency of your home. BIPV can be used for facades, awnings, and entrance halls.

Buildings usually have great expanses of glass. Windows, skylights, and architectural features are fast becoming the latest trend in harnessing solar energy. Solar glass is transparent, making it suitable for the residential and commercial sectors. It’s also a toughened safety glass. Many new buildings and those due for refurbishment are incorporating BIPV features such as versatile solar glass.

Some of the largest expanses compatible with photovoltaic cells are lakes and reservoirs. They have already been introduced into California with great success. The solar panels are similar to those on your roof, but instead, they float on the surface of the water. In most instances, floating photovoltaic cells are ideally placed to receive maximum sunshine throughout the day.

The cooling effect of the water is a positive advantage. It helps increase electricity generation by up to 10% when compared to conventional rooftop panels. There are also lower maintenance costs as the panels are generally self-cleaning. The shade they produce helps the water below to remain less polluted by algae.

Solar energy has developed into an exciting technology with many versatile applications. It can be used on water, the exterior of buildings, inside your home, and for lighting. Even your clothing can incorporate solar photovoltaic cells. Imaginative solar power technologies have the potential to drastically reduce your carbon footprint. 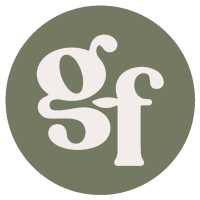 by Fabulous Times H.Q
We hope you found value from this post. For self-care and sustainable living tips straight to your inbox- sign up to our newsletter, where we share fabulous things to watch, wear, eat, browse and read, weekly.
« 7 Tips For Finding Healthy And Sustainable Food When Dining Out
Building Trust For Your Sustainable Business »